GLA Canada has an active board that meets routinely. If you would like to get to know our Board Members below is a little more information. 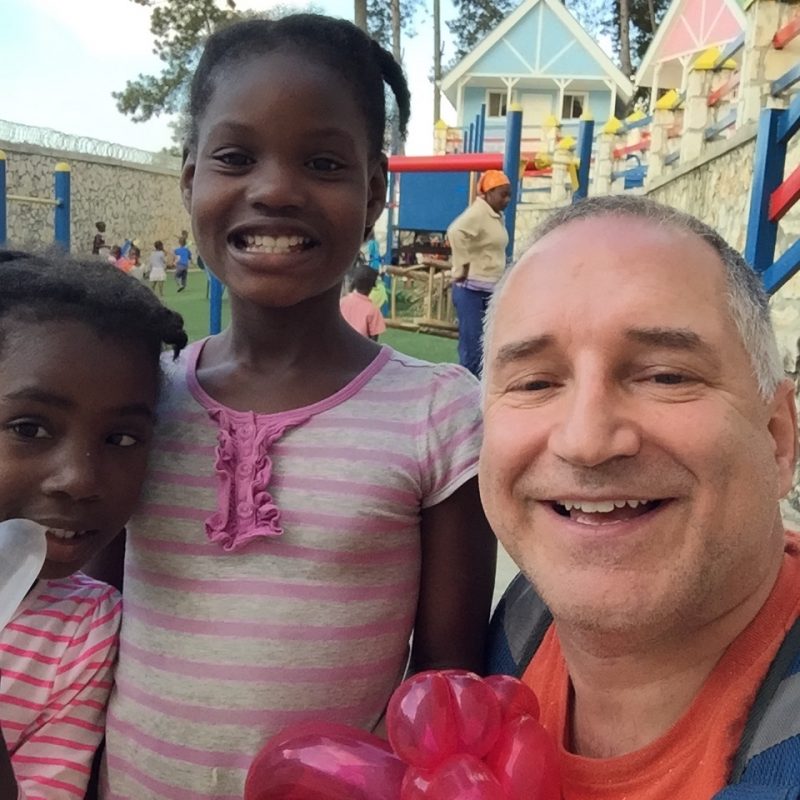 John Tiberio has been involved with GLA Haiti since 1998.  He has been to Haiti eight times, mostly volunteering with GLA.  As a long time supporter of GLA, he has often led teams including one shortly after the 2010 earthquake to help GLA sort and distribute much needed supplies to the Haitian community. He has a heart for Haiti, speaks French and tries to speak Haitian Creole (not very well).  John and his wife have 6 children, aged 12 – 26; three biological, and three adopted (two are Haitian born).

Tracey Kushniruk’s first trip to GLA Haiti was in 2007.  The kids and people of God’s Littlest Angels had her heart from the moment she walked in the front gates. She still feels God’s call to be in ministry with GLA and will continue until He calls her elsewhere.

Shana Penner joined the God’s Littlest Angels board of Canada at the end of 2016 and loves helping to spread awareness of the needs in Haiti. She is married to an RCMP officer and they have spent their years of service in Alberta. They have 4 children ages 20-13, their youngest (finally a daughter...) being through adoption 3 years ago from God’s Littlest Angels. Their daughter is now 13 yrs old. They currently reside in Rocky Mountain House AB.

Wendy Robinson has three grown biological children and has been involved in the lives of 150 foster children. Returning to University later in life, Wendy graduated with a degree in Social Work in 1990 and began working for Christian Adoption Services. Wendy advocated for birth parent contact in adoption, and for adoptive parents to consider children available internationally. In 1990 she worked with Soleil Des Nations to initiate an adoption program from Haiti which is where she first became involved with GLA. Wendy joined the board in 2017 but comes with a great deal of experience with transracial adoptions. Now retired, Wendy lives in Calgary Alberta and spends winters in Florida.

Glenn Thamer became interested in GLA when his daughter adopted from GLA. He and his wife now have two grandkids from GLA. Glenn and his wife have taken three trips to GLA, spending a month at a time as volunteers in Haiti. He also took a team from his church to GLA for a 10 day mission working at Ft Jacques, and was there right after the earthquake arranging for housing and relief supplies. Glenn has been on the board for over 10 years now, have served as President, Treasurer, Past President and was on the US board for 8 years serving as the Vice President for two years. He has been involved in 12 fundraising events, and helped organize a couple of tours in Canada for John and Dixie. Glenn has also represented GLA at Missionsfests in Montreal, Saskatoon, Winnipeg and Edmonton. Glenn and his wife currently reside in Edmonton, Alberta.

Susie Rollings made her first trip to Haiti in 2006. After several short-term mission trips she started working at GLA Haiti on staff as the Update Coordinator in 2010. Susie lived and worked in Haiti until 2014. After graduating with her masters of social work she married her Canadian husband and moved to Calgary Alberta. Susie has been helping with donor relations for the GLA Canadian Board since 2015 and enjoys staying connected to the ministry of GLA.